1-    What are the rarely seen professional profiles in the Humanitarian Emergencies sector?

The role of the Finance Officer is not very heard of, but it is definitively an important role as the Human Resources department in the Humanitarian Aid sector are in search for individuals who are skilled enough to take up the role. There is lack of staff with administrative and accounting skills, and I think it is mainly due to two reasons:  on one hand, it is hardly known that these skills are needed in the Humanitarian sector; on the other hand, maybe, those who have the competences do not desire to use them in distant and uncomfortable places. This is one of the most difficult positions to fill.

Roles that require strong technical skills are also difficult to find as well, as individuals are less available  to take up the position in the Non Profit sector (e.g. an engineer or a geologist with field experience prefer to work for an oil company earning in 6 months, 4 times more than what they would earn in 12 months if working for a NGO).

Coordinating figures: e.g. legal representatives of the organisations in the countries of intervention: those are difficult environments. With security deterioration, logistics difficulties, media exposition etc.; The role embodies tremendous complex  responsibility and challenges therefore finding the people willing take it up is difficult.

2-    What are the ‘emerging profiles’ that will increasingly be needed in the future?

With new technologies, there are specialised individuals who are dedicated to improving service offered to people and they are able to do it through the use of applied computer sciences: the essence of  humanitarian activities is people oriented and centered around their needs. However, the IT expertise is becoming a transversal competence.

It might be different in the main offices of the NGOs, but on the field there still are the same needs and the IT expertise completes a person’s profile. The Humanitarian sector is in line with the times, it optimizes resources and exploits new technological possibilities. In this framework, a specific figure that is increasingly required is the Database Expert or Manager.

Relentlessly, the humanitarian aid is moving from goods provision to money transfer, actualised by the purchase of goods based on the population’s needs. Who understands the dire needs better than the people themselves?  Cash programming, today is an assistance modality role and it is necessary to have specialised people who can excellently manage the progression, from money management to cases of providing money, the right modalities and most importantly to whom. Thereafter, the ‘Cash Programming’ field surely is an emerging profile.

3-    Is the gap between development and emergency narrowing, as claimed by some NGOs, with more projects between hospitality, resilience, development? In what ways?

In the actual debate, many of the actors agree on the existence of a continuity between the two phases.With respect to 10-15 years ago, the world who excuted emergency, and considers what will happen next. Previously,things were done in the short term with little or no thoughts about what could happen thereafter. Nowadays, projects are not performed in that manner anymore, at least the medium-term impact of the proposed solutions has to be considered also if there is a primary emergency.

Either in emergency or development, we must be reminded that the needs of the people come first.

If we reflect on the Typhoon Hayan incident that occured in the Philippines in 2013: the coast was wiped out by the waves. The first answer given by the organisations was to provide tents to the population that wanted to install them next to their destroyed houses. At the same time, the government had established a ‘red zone’ on the coastline where it would have been prohibited in the future to build new houses. With this type of ban, providing tents to the population in the ‘red zones’ would have created a potential danger in the future by putting the people with the tents into the possibility of being displaced. It was then necessary to redefine the positioning of the tents to avoid upcoming problems.

It is necessary to find alternative solutions that would not create damaging situations in the future. An example of how to do so, during an emergency situation, the first stage is the reconstruction of structures and social fabric should be kept in mind, stage functional to the recovery and when the development plays its role. The major organisations should intervene at a wider scope and that used to have two sectors (emergency and development) working as separate entities, but as of today, have an interchange between the two sectors from the first stages. In the moment of emergency, the ground is prepared for the activities that more classically belong to the development. There surely is a major communication between the two areas.

In the gap between the two sectors, an external factor has to be considered: the definition of the context given by the international community- government and United Nations- with the relative funding, that sometimes, bases on the political contingency, defines some contexts as emergencies even when in reality, at an independent interpretation, they are mainly identifiable as development contexts.

4-    How can the expatriates be managed better, in terms of induction before and continuing training on the field after?

The expatriates management isn’t only about the training.

The start of the collaboration is a fundamental stage, defined in different ways by different organisations: Induction, Introduction or on boarding into the organization .  Before sending an operator for a mission in South Sudan, it is vital, and not just necessary, for the individual to understand the organisational context. Thorough considersideration of the organizations’ style, tools, how it moves in the territory, its general strategy, unless the risk of failure will be extremely high.  Every organisation has its way of working in emergencies, and the person going on the field to represent it, will have to be informed and feel as a part of the process.

The induction is not training. It is expected that the selected person already has the necessary skills but he/she has to be able to adapt them to the style of the NGO.

Continuing Training: Unfortunately, the Italian NGOs do it in a quite residual way. The training is expensive, and they are scared to invest into human resource that can then take its know how somewhere else. Often, the training is used as a retention tool: the idea is that the organisation provides different occasions of professional growth and the individual will be more motivated to stay inside the organisation. Having long-term employees is an advantage for an organisation because they will not need to retrain new individuals, especially in a sector such as the Humanitarian one, wher human resources are quite volatile and perceive themselves as freelancers.

5-    What is the first thing Europe should do about the refugees issue and the possible emergencies management options? What is the role (and political weight) of the NGOs today?

The biggest problem I see, is the lack of responsibility from the political bodies, the issue of the arrivals is only used for small cabotage politics that only look at the present. Europe should realize that it is not about a temporary emergency, it is about the FUTURE: people move, they always did it and they will always do it, in search of respectable life conditions. A future oriented management policy is needed, that is able to propose inclusive and respectable solutions. Advocacy should be the most important role of the NGOs in the context because we are not talking about countries without resources and capacity. In Europe, we have the tools, the NGOs do not have to be replaced, but instead, they have to push the society and the government to make the resources available in order guarantee dignity to the people that are arriving. 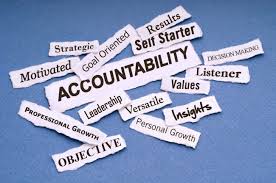